Joby Branion At A Glance 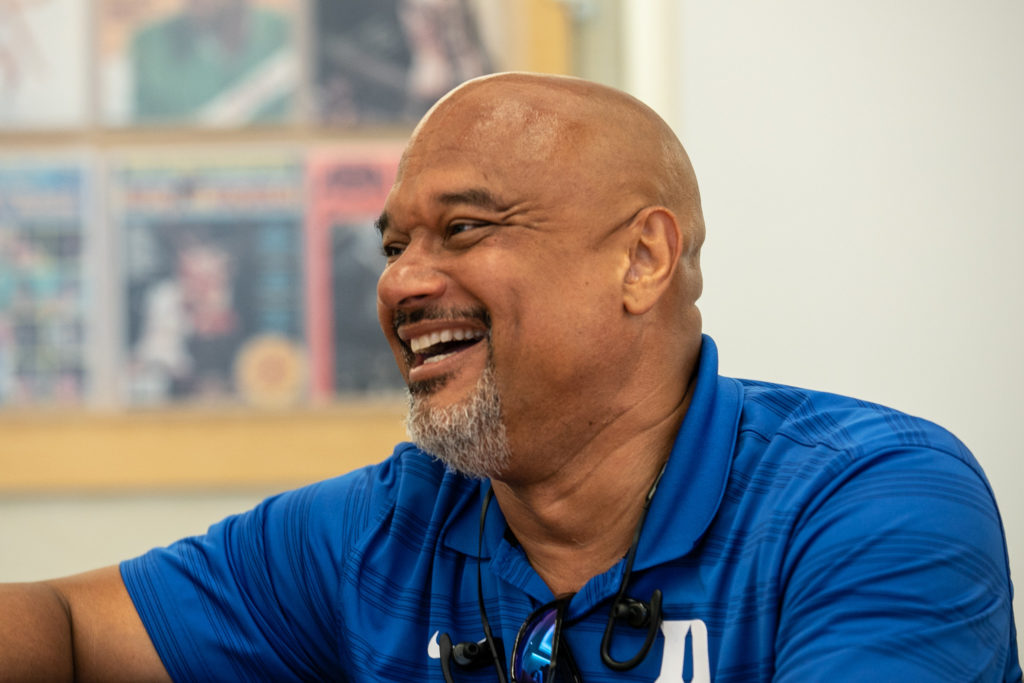 Joby Branion has almost 25 years of experience in this industry and has done some of the biggest deals in history.  His very first recruited client was Ahman Green, who went on to be inducted into the Green Bay Packers Hall of Fame.  His first 1st Round Draft pick was Oregon QB Akili Smith who was drafted #3 overall in 1999.   After co-founding Athletes First in 2001, Joby helped that firm to grow to become the #2 ranked football agency according to Forbes.  With nearly 20 years of experience at big and successful firms, Joby felt that there were critically important services that were missing in athlete representation at bigger firms.  So in 2014, he decided to launch Vanguard Sports Group.

“As I thought about how to build the new firm, I wondered about my own three young boys. If they grow up to be good enough to play in the NBA or the NFL, what services would I want for them to have?  How would I want them to be treated?  What type of people would I want around them?  These questions have driven me to make Vanguard Sports Group the agency it is today.” – Joby Branion

Less than two years after Vanguard’s inception, Joby negotiated the biggest deal in NFL history for a defensive player – Von Miller.  Four years later, Von remains the highest-paid LB in the NFL and his deal is still the largest ever negotiated by an African-American agent in NFL history.

Vanguard Sports Group has turned the traditional sports agency business model on its head.  Most agencies are built to be transactional – in other words, they are built to recruit athletes and transact deals for which they get paid fees.  Making money is the first and last goal.  At Vanguard Sports, the top priorities are to add value, empower clients, protect clients and do what is “right” by the clients.  Vanguard invests in its clients, provides them with the services, resources, people and tools they need to increase their values and enhance their likelihood for long-term success. At Vanguard Sports, making money is simply a by-product of doing what is right for the client.